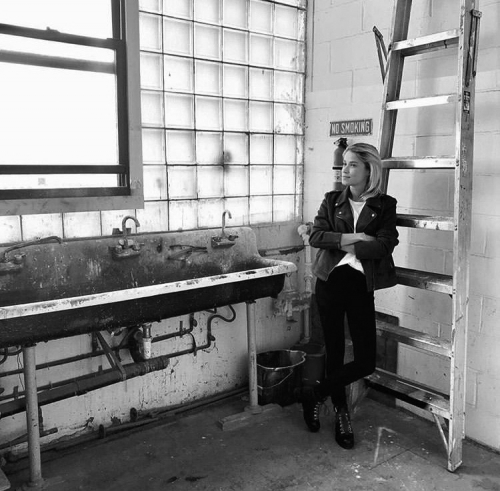 Regina Parra was born in Sao Paulo, 1984. Painting, performance, video, and installation are Regina Parra's main poetic instruments to address issues such as segregation and violence in social relationships. The artist makes us rethink the official narrative of history by focusing on the marks left on those who have been forgotten, subjugated, enslaved and exploited. Migration movements, part of the globalization process, are also objects of her attention. She is interested in transit situations and the human dramas that reside in displacements, often forced.Graduated in theater, she worked for three years in the area. The connection with the performing arts, especially with the Greek tragedy, is present in her production as a visual artist. Her experience in directing actors and assembling scenes is evident in his videos, paintings and performances. In 2008, Parra was part of a group that ended up being known as “2000e8”, formed by eight artists from São Paulo who participated in a curatorship by Paulo Pasta and who had in common the desire to investigate the contemporary painting. In 2013, she was diagnosed with a disease that causes loss of muscles. This biographical data ends up reverberating, in different ways, in her works. The body took on a more central role in her research and concerns. Her focus is on the woman's social body, as a place of affirmation and a possible power. The body is also perceived as something vulnerable and fragile, but Parra seeks to turn it around. She investigates a process of reconstructing and adapting the movement to a series of limitations, what she calls cunning or physical malleability. Since then, her research has increasingly focused on signaling the colonial heritage, finding, displacing and twisting active vestiges of the injustices of patriarchy, colonialism and capitalism. In recent years, she has held solo exhibitions at Galeria Millan (SP), Marcos Amaro Foundation (SP), MASC_Museu de Arte de Santa Catarina (SC), Sítio (SC), Pivô (SP), Centro Cultural São Paulo Paço das Artes (SP), Fundação Joaquim Nabuco (PE) and Galeria Leme (SP). Her works have been shown at institutions such as the Jewish Museum (NY), Pablo Atchugarry Art Center (Miami), Mana Contemporary (Chicago), Shiva Gallery (NY), PAC_Padiglione d’Arte Contemporanea (Milan), Museu Nacional (Lisbon), On Curating Project Space (Zurich), MASP, Pinacoteca de São Paulo, MAM, Instituto Tomie Ohtake, Pivô, CCSP, Parque Lage, Paço das Artes, Fundação Marcos Amaro, Instituto Figueiredo Ferraz (all in Brazil). She was selected for the Water Mill Center 2020 Residency Program. And, in the previous year, she was part of the Annex_B Residency NY. Parra also participate in the Residency Unlimited Program of 2018, in New York.  She was awarded the SP_Art Fair Prize, the Joaquim Nabuco Foundation’s Video Award and the Videobrasil Award. Parra was also nominated for the Emerging Artists Award, Cisneros Fontanals Art Foundation, Miami. 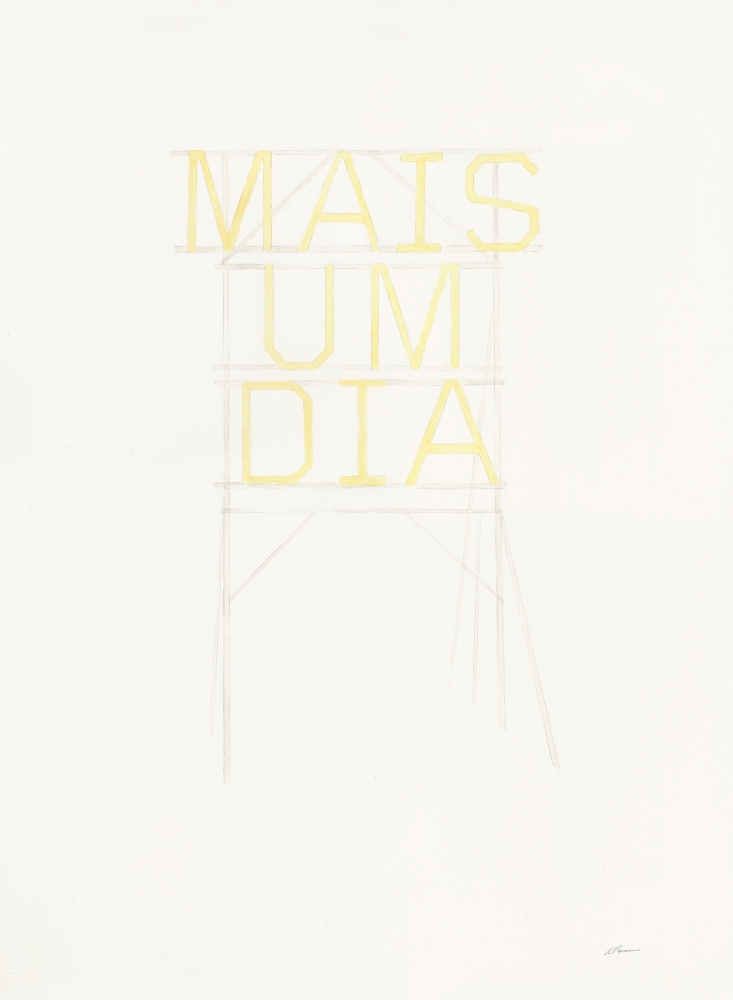 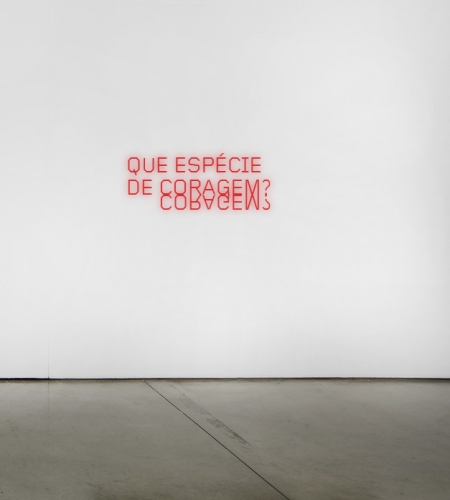 The neon is, by definition, a chemical element - Ne. A noble and colorless gas, inert and present in a small amount in atmospheric air - but very abundant in the Universe.
The word "neon" comes from Greek and means new.
"Courage" derives from the Latin coraticum, meaning "heart". Courage is, by definition, “talking from the heart”. But courage can also be a watchword, repeated as an aggressive demand.
"What kind of courage?" is the question asked by the character Aurora, in the play “Os sete gatinhos”, by Nelson Rodrigues. The Aurora character is a prostitute and she is free. Aurora is a promise and a threat.
Like this turbulent year of 2020.